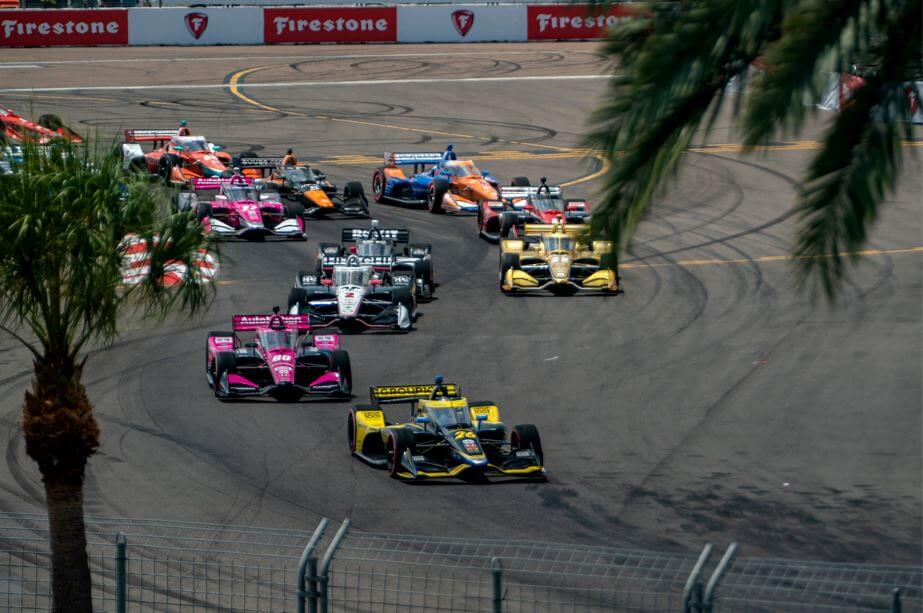 Start your engines St. Pete!! The Sunshine City is the home of the 18th annual Firestone Grand Prix of St. Petersburg presented by RP Funding, where  attendees enjoy a festival atmosphere in the heart of downtown along a 1.8-mile, 14-turn circuit using the streets circling Pioneer Park, the Duke Energy Center for the Arts, The Dali Museum and extending onto the runways at Albert Whitted Airport, overlooking the waterfront of Tampa Bay and picturesque St. Petersburg Harbor and Marina! 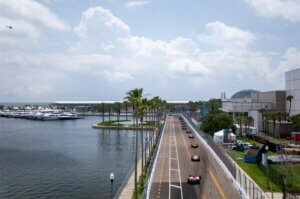 The motorsports special event we all know and love will be held February 25-27.  This is the ninth year for Firestone as the title sponsor, and this year a new presenting sponsor, RP Funding, has joined. 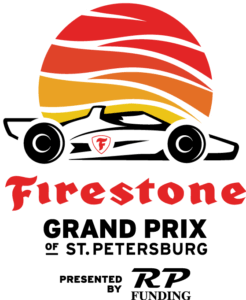 In working together since 1993, co-owners Kim Green and Kevin Savoree have won four INDYCAR championships, three Indianapolis 500 races and the 12 Hours of Sebring as team principals.

St. Petersburg hosted the very first street race for INDYCAR in 2005.  For the 10th year, downtown St. Pete will serve as the opening site where fans can experience the start of another NTT INDYCAR SERIES season on a waterfront setting that is second to none. 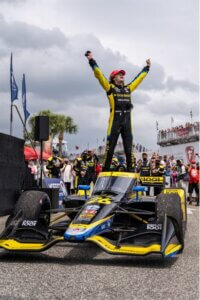 THE GRAND PRIX SCHEDULE
The race will be broadcast live nationally on NBC with coverage beginning at 12 noon EST and serving as a 2.5-hour showcase of the Sunshine City.

Green flag falls at approximately 12:30 p.m. EST.  Ten races in all across six different racing series will highlight the weekend schedule. This is Firestone’s ninth consecutive year as the title sponsor and RP Funding has joined this year as the presenting sponsor.